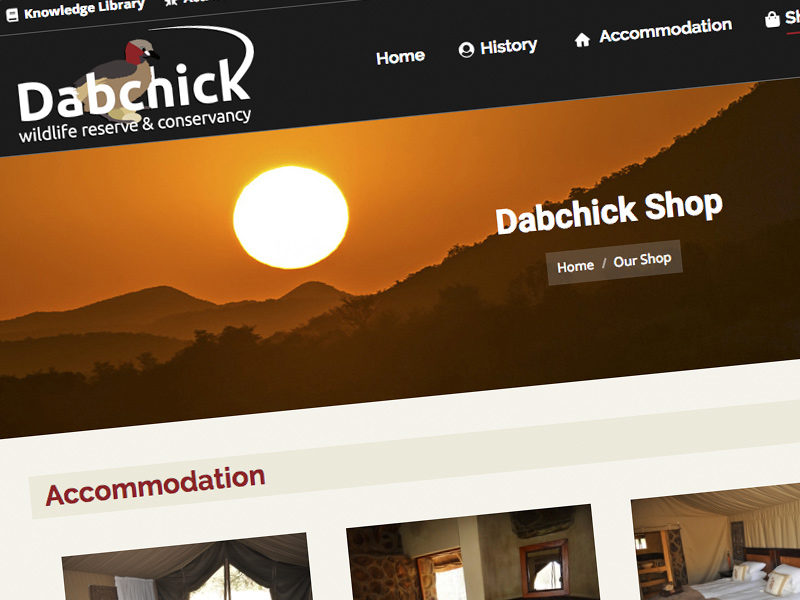 The main farm of Dabchick Wildlife Reserve was purchased in 1994 by its current owners, veterinarians, Drs Peter and Pamela Oberem. At the time, it was an overstocked cattle farm with very few wild game species.

Adjoining farms were subsequently bought, which brought the total size of the property to over 1 000 hectares. The farms had been heavily overgrazed and cultivated, resulting in stands of old croplands and encroachment by poisonous and invasive plants. The internal cattle fences were removed, game fencing was put up around the perimeter and various wild species were reintroduced: these included small antelope such as impala, blesbok and mountain reedbuck, as well as giraffe, zebra and larger antelope such as gemsbok, waterbuck, eland and wildebeest, to increase biodiversity and utilise the natural grazing.